Adam and Eve in Paradise 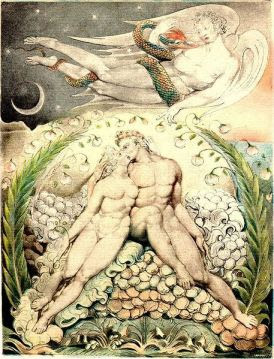 “Taste it! Feel its sweetness” he said
Knowing in his heart to be a forbidden fruit
“No” said she and crumbled up her nose
Then turned her body to other side

But Adam, obstinate, disobedient lad
Forced his wishes, till she relent
Condemning all humankind pact
Unmindful that the world would end

And so the story, as is told
It was Adam that seduced Eve to crime
Or else they would still be living in paradise.