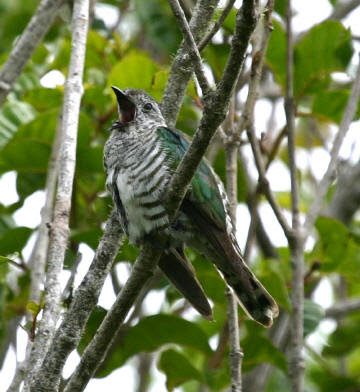 Stop singing Cuckoo your false alarm
The pregnant clouds may not deliver
Scorching sun pushes clouds under my skin
Blisters of sweat are all over me
Mouth is parched every minute
Thoughts are sans directions
Your singing gives me no consolation
I am beginning to believe there will be no rain
This year, summer might never end

Silsila of my FB friends

K, would I ever meet you, my FB friends
Strangely separated by virtual bytes
Would I read your notes, laugh with you
Share my stories and hug you back?

Through silence we walk and carry the verse
Playfully the words match the tune
Everybody sings the same language of love
yuhi saat saat chalte......

The essence and the aroma of this silence
brings fragrances to my virtual world
The scented candle of friendship burns
yuhi saat saat chalte...

Random Thoughts on Heart and Mind 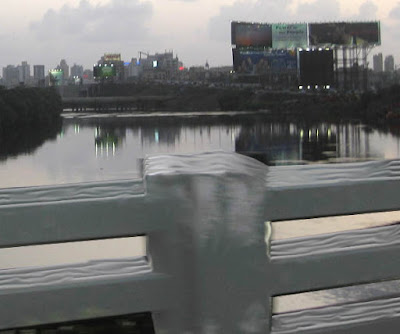 There a direct link between the state of heart and state of mind. Whenever we are disturbed and agitated, we cannot concentrate and we lose interest in everything. Our mind is all the time preoccupied with worry and we cannot find solutions. We have no interest in food, play or in any other sensual activities. What do we do? Will talking to people help?

I think not. Talking will not help. I think nobody can help us. People might be sympathetic to us, try to give us some solutions and might even try to pacify us but they cannot help us overcome our agitation. Only we can help ourselves.

First and foremost, it is important that we don’t expect any kind of help from anybody, people standing by us in good times and in bad times is a myth, nobody can really help us, and we must solve our own problems and learn to deal with it. There are many things in life that we cannot change, so why do we struggle in trying to change them? Isn’t it wise to just accept it? Okay, we can try to do our bit to change the situation but that is all we can do. Only try, whether we succeed or not should not be the cause of our agitation, we cannot expect others to do what we think is right.

For example, there is so much corruption around us. Everybody is out to cheat us. They expect bribery and will make things difficult for us if we do not oblige. So what do we do? If bribery and corruption is against our principle, we stick to it and not encourage it and face the discomfort. We can do our bit by standing firm by our principals and face the consequences. But can we stop our friends to stand by our principles? No. We cannot. They have to make their own choice. Every body has their own priorities and it depends how they train their intellect. If they make wrong choices, it is because their mind is weak or is fast-a-sleep. They have to awaken their power of reasoning so that their mind decides what is right.

We all have to do our own obligatory duties; we cannot expect fruits for every action that we make, but what needs to be done, should be done. If our concentration is shifted from our duty to do what is necessary, to expecting fruit for our action, the quality of our work will suffer. And quality is the most important factor in our life, with quality, we can attain class, with class come satisfaction of doing the right thing and the happiness follows, filling our world with sunshine and warmth.

For maintaining a healthy balance between our mind and heart, it is important to do what is right and not agitate our intellect by compressing it against our senseless desires.
Posted by Pushpz at 6/13/2009 No comments: 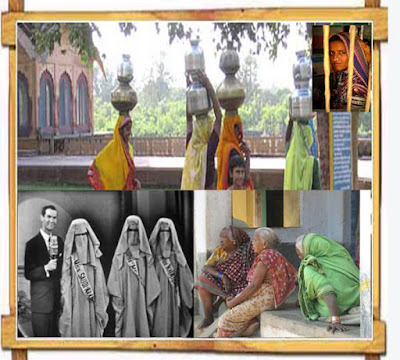 Calm down and relax. This is the message coming from the natives of Baldeosmourita, a village in the interiors of Sudeansthan, that is located just behind Himalayas in the northern part of India as the tension is brewing in the village since the local authorities decided to forfeit their plan of appointing and honoring one 'beauty of the village' per month. On Tuesday, the Nawab of the Baldeosmourita asked the villagers to show ‘maturity’ and focus their attention on more important things like doing household chores, producing babies and serving their lethargic husbands.

The comment came as the backdrop of the growing desire in women folks of the village to occupy the lime light as the most beautiful woman of the village for one full month and their frustration at not being selected and honored like their peers.

Since the decree was announced by local authorities of selecting and honoring the beauty of the village, all the women in the village had changed their life style. One beauty was appointed by the authorities each month, which wore the diamond studded crown during all times of the day, at home, when she sat in her balcony, or when visiting her neighborhood and even in the market place. The experience was very rewarding, woman who had succeeded in wooing the organizers and making it to the dais of honor, enjoyed the respect and love of the villagers. She enjoyed the pampering, attention and the gifts of the villagers for one full month. She was allowed to brag about her hidden talents, gossip to her heart contents and even visits any random house in the village for a free lunch. Every woman waited for her turn while she envied her peers who enjoyed the limelight and she secretly nurtured the desire to be the lucky one during the next month. Most of the women had make-over, some of them going to the neighboring villages to change their dress sense and some even attended the finishing school (taking loans from banks) to learn some etiquettes and ‘the right behavior’ as they called it.

During the last six years, more than seventy such candidates have already been selected. Some deserving and some, not so deserving. The villagers have not been able to figure out the criteria for the selection of the candidate by the organizers. Like, for example, one beauty was selected randomly because she was not available for comments when the organizers had selected the wrong candidate. Yet, another one was selected, while she was on holiday and her presence was missed by the organizers and they wanted to know her whereabouts’. There were some who were shabbily dressed, some lazy and bored and some completely disinterested.

But the genuine ones who really deserved the status waited patiently for their turn.

Now, for some unknown reasons, the selection of ‘beauty for the month’ had come to rest. This has angered the women of the village, who had invested so much time and effort in maintaining themselves in the hope that they would be selected some day. The angry mood has been splashed on the web too, with viral messages spreading through videos, blog entries and discussion groups. Consider a video of a well dressed villager in native dress exposing her bare skin, just enough to arouse an interest in her anatomy, protesting inside a police van that has been uploaded on You Tube, “ This is the ******* police who arrested us in two groups,” the blurb for the video reads. “Now we will do something about this. Now they should protect themselves from us.” Such video, picked up after the arrest, have embarrassed the organizers of the beauty pageant and are asking Nawab of the Baldeosmourita for some help and solutions to this uprising.

In the bid to introduce some peace, Nawab of the Baldeosmourita has urged the villagers to calm down and relax and concentrate on more important activities that are reserved for woman only, such as doing household chores, producing babies and serving their lethargic husbands.

He has assured the villagers, that he will have ‘high-level-dialogue’ with the authorities and that the matter will be soon sorted out.

“The selection of beauty pageants will be continued as soon as some hiccups are iron out” he shouted with an air of confidence, during his speech on local TV channel during the prime time slot.
Posted by Pushpz at 6/11/2009 2 comments: 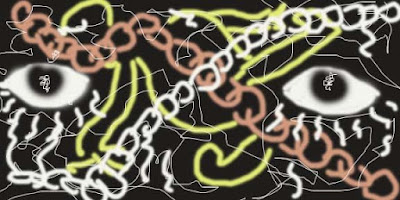 We choose to wind ourself with tantacles and chains
When they soffocate us, we gasp
Freedom is something, we all can have
If only we learnt to loosen our ropes......
Posted by Pushpz at 6/06/2009 No comments: