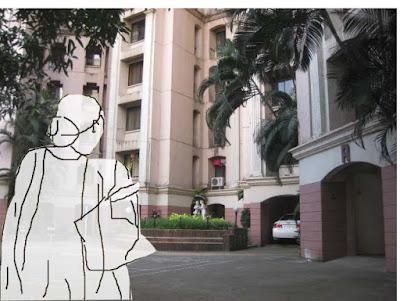 Mogri loved her privacy and her solitude. She chose to live on her own- six months ago - when her son got married.

Whenever she had gone house-hunting, she had enquired about the neighborhood. She did not want nosy neighbors who would open their doors and peep out each time her door bell rang, nor did she want a neighbor with children under five, who asked too many questions or made too much noise. She had seen more than forty apartments before she had zeroed on to an apartment in a building with no lift and no next-door neighbor. The three more apartments on her floor were vacant and belonged to some rich NRI. She chose third floor with no lift to guard herself against any unwanted guest. She was sure that nobody loved her so much so as to climb three floors to visit her.
What she didn’t realize was that she chose a house closer to the airport and she would have guests who would want to use her house as a transit point.

Her first guest arrived two weeks after she moved in. Her cousin from London called her to give her the news of her arrival.

“Hey Mogri, guess what? I am going to Bangalore but will come to Mumbai for two days. You know, you are so lucky that you are staying closer to the airport, will you come to pick me up?”

“Why don’t you take a taxi? I will give you my address.” She said

“Oh! I don’t trust these taxis, and since it is such a short distance, no taxi will be willing to ply, not even the prepaid ones, I am sure of that. Come on, be a darling, you are just 15 minutes away from the airport, please come to pick me up.”

“Do you know that I stay on a third floor and there is no lift in my building? Won’t it be inconvenient for you to climb up?” She said, hoping to discourage her.

“Oh, what does it matter, it’s your companionship that I love, and I would not like to hurt you by checking into a hotel, would I?”

“Bloody stingy!” she said under her breath as she made a note of her flight details.
Mogri hated Mumbai airport which was more like a refugee camp. There was no room to rest one’s feet. Many people who were tired of standing, squatted down on the dirty ground. It was always too crowded. While she waited, leaning against the wall, she saw a family of twelve people, with the garlands in their hands, welcoming a youth with a dangling medal across his chest. They were all crowding around him, blocking her view. As soon as she saw her cousin, she walked up to receive her.

And for next two days, silence exited from her back door.

Her cousin was a radio with no ‘off’ switch. Continuously she ranted about the weather in Mumbai, about the pollution, about the poverty, about the unhygienic food on Mumbai streets. She boasted about her life in London, about her investments, about her jewelry and clothes, about her popularity amongst her friends, and also about the vast contrast between Mumbai and London.

Although Mogri was not too fond of Mumbai but still, she was getting offended at her cousin’s abusive rant.

‘It’s only for two days’ she kept reminding herself, taking deep breaths and counting slowly from one to ten. She fumbled with TV channels but no program was interesting enough to distract her cousin. She tried to hide in her bathroom, but her cousin stood outside her door and raved on. Mogri craved for her routine activities. She missed her yoga sessions. Her magazine rack sulked. His fingers itched to go online and meet her FB friends, to play scrabble with her friends, to plant seeds and decorate her virtual farm. She desperately waited for her cousin to pause so that she could also express her own opinion, but it seemed like her cousin was on powerful vitamins which gave her an extraordinary stamina to talk and talk and talk.

But that was not the end of it. It was the beginning of a new episode.

Mogri was to get used to the stream of visitors that looked for free accommodations, closer to the airport with a good hostess.
Posted by Pushpz at 10/30/2009 No comments: 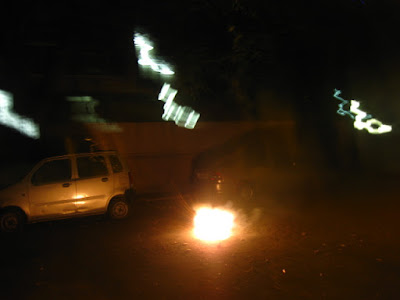 Wearing spotless garbs,
he smiles at friends,
hogging sweets,
praying retreats,
bathing in festival of light
all in celebrations,
but blasting crackers?

What does he gain?

Covered with thick smoke,
polluted air
imprisons his mind
in a filtered progression
paralyzing his imagination
killing his capacity to
warble emotions.

Is that not a pain?

Boom! Boom!
he rejoices the loud sounds
that knocks him aggressively,
upsetting the acoustic of his mind
thoughtlessly,
breaking them into fragments
of fractured verses.

he calls that a game?

During Diwali festival
bleats he
gloating to the tunes
of rhythm and fun
but his love is crushed
to a deafening silence
by sparklers with a noisy head.

Has not his happiness failed?

Boom! Boom!
his hard earned cash
of sweat and labor
melts
into a
thin
air. 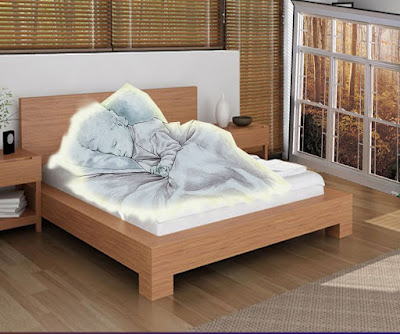 I spread one more blanket over three layers of sheets, but I am still trembling. I turn to my side, wrap my arms around my breast, and bury my head underneath the blankets, breathing out the warm air to bring comfort. In the next room, mom is comfortable, so is my dad. They exchange heat.
Posted by Pushpz at 10/20/2009 No comments: 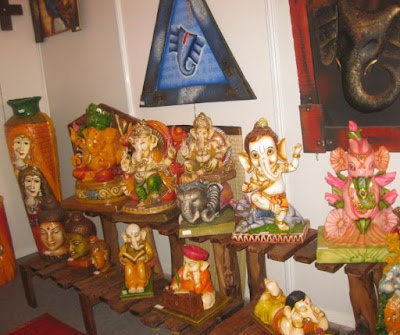 I stand poised
into yogic posture
unmoved by distractions
The reptiles of desires
crawl all over me
seducing me
hoping that I could bend
just one miniscule of nerve
but determined and stubborn
I stand there merged,
stagnant,
into the walls of faith
until I find
my ultimate goal
of salvation
Posted by Pushpz at 10/13/2009 No comments: 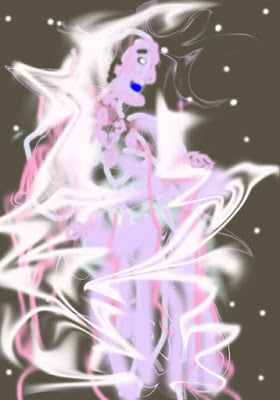 Liquid dreams
Escape
Passing through the crevices
Of deep sleep
Into the make-believe world
Where witches are friends
Sitting on golden throne
Making magic broth
That sits on their palm
Sprinkling the mischievous desires
That led to an impossible world
Nothing is evil no more
Gloom is unknown
Wicked laugh reigns
Sin is intoxicating drink
Cherished and nurtured
Until
The first ray of light seep in
Knocking
To end this bliss
Posted by Pushpz at 10/08/2009 No comments: 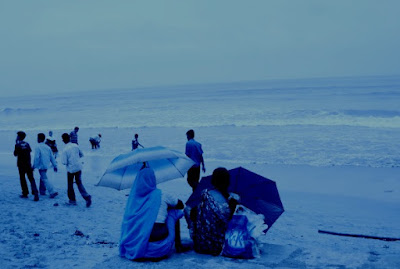 The calm spread all over the sky as it saw its reflections on the smooth layer of waters, it waited patiently for the hours to pass, soon, there would be twinkling stars dotting the sea and dark blue sky would merge into night with only the stars guiding the moon.
Posted by Pushpz at 10/06/2009 1 comment: