The poetic form, "etheree," uses syllable count rather than meter and is unrhymed. It is named for its creator, a poet named Etheree Taylor Armstrong.


The basic etheree form has ten lines, the first consisting of exactly one syllable, the second line of two syllables, and so on until the last line's ten syllables. An etheree can also be reversed, starting with ten syllables and ending with one.

A "double etheree" combines the two, so is twenty lines, starting with one syllable, counting up to ten. Line eleven also has ten syllables and each line thereafter reduces by one until line twenty's single syllable.
Posted by Pushpz at 9/25/2010 1 comment:

It was dark and stormy night. Tejal and Salina emerged from the cinema hall after the late night show.

Tejal looked at her watch, “Its 10:30pm, it is getting late. Hubby will be home by 11pm, listen, I have an umbrella, we both can share. If we wait longer it might get too late. We shouldn't have come for this late night show.” She said.

“Oh! Never mind; it was fun na?” said Salina as she squeezed closer to her friend under the umbrella.

The strong wind blew against their faces and it was getting difficult to hold the umbrella. They walked slowly on the side of the road. Both of them clung tightly to umbrella but were drenched from waist downwards. Luckily there were many more people returning home after a late night show.

“Only one more lane and we will reach home.” said Salina as they entered the lonely lane.

“Yeah! Not a good idea to go out on these rainy nights, the street lights have gone off too, it’s so dark. I am afraid, you know…” said Tejal

“Hahaaha! You are just being a coward.” Said Salina

Suddenly a huge, black car whizzed past them splashing the muddy water from the puddle wetting them head to toe.

“Hello, You idiot! What the hell!!” both of them shouted together.

The car screeched to a halt, reversed and stood next to them. A dark, fat man dressed in dark green cloak emerged from car.

“Get into the car.” he whispered, puffing the bad breath into their faces.

“Eeeww! Cough! Cough! Who are you? We don’t know you, why should we get into your car? Said Salina

“I said don’t argue with me, understand? Just get into the car or I shall slice you into small bitty bits.” he said extracting a shiny knife from his butt pocket.

“Take Salina with you, she is a single woman and has nobody waiting for her at home. I cannot go with you; my hubby will be home any minute now. Salina, go my dear, go with him, Who cares whether you reach home early or late? Try to understand, go” said Tejal

“Nopes! I am not going without you.” Protested Salina

“I said get into the car, both of you, or I shall kill you both” he said talking through his clenched teeth.

“But you have only one knife, and let me see if it is sharp enough to chop two women” said Salina trying to grab his hand.

“Being funny, huh?” he said, and poked her with the pointed tip just below her navel.

As soon as they stepped into the car, there was a click of doors locking and the car picked up speed.

“He looks like our Sallu Baba na, look at his muscles.” whispered Tejal

“Yeah, maybe his cloak will tear and fly off his body if he shows some anger, like in the movie” laughed Salina.

"Uff! Oh!, his cloak is so loose, let me see if he is wearing a khadi shirt within"

Tejal fidgeted with the handles, turned them clockwise to lower the window pane.

“Al la loo ya! Aieya! Look Salina! Look, we are in the mid-air” screamed Tejal

“We are in the car, we are not in the airplane, silly”

“Arrey! Look! I am not joking. See that? There is water below, we are flying over the sea’”

“Hello, bhai saab, Sallu, can we call you Sallu? By the way, where are you taking us?”

“But you are not driving, you are flying”

“Grrrrh! I said let me concentrate, my boss is expecting you.”

“You ask too many questions, why don’t you just relax and you will know it soon.” He said as he steered towards a small hill in the middle of water.

“Is this an island? Your boss lives here?” said Tejal as the car came to a halt in front of a huge castle.

“Get off the car” he roared.

Carefully they got off the car, it was still raining heavily and they were wet and cold. They walked towards the castle and knock on the huge iron door.

A bald old man in dhoti and cap, with a shawl draped over his shoulders opened the door.

“Why are we brought here?” said Salina, stepping forward and resting her palms on her hips.

“Well! I am hungry, I asked him to get me one woman who will cook for me, but he has brought two women, that’s good! That’s very, very good!”

“But we will not cook for you” said Salina.

“Hello! Can’t you see that this is an island and there are no restaurants here?”

“And what makes you think that we will cook for you?”

“Look ladies, you have no choice, either you cook for me or else I will chop you up and eat you raw.”

“You are not serious, are you? You can’t possibly eat a human, that too two pretty women, would you? They do something else to pretty women, we read in papers all the time and its never chopping them to eat. Nah! It's not appropriate, me thinks” said Salina

Tejal started to shiver and held on to Salina’s hand

“Okay, we will cook for you” said Salina, “but first we need to wash ourselves, we are feeling very filthy, can we change our clothes before we cook for you?”

“Yeah, that’s like a good girl, there are fresh set of clothes in the bathroom, go wash and change while I defrost some fresh meat,”

They ran faster, looked behind them and saw Shallu following them. They ran faster and faster, running on the soft grass, running towards the beach and were about to jump into the water when they both tripped and fell down on their knees.

“Mamma, what are you doing on the floor?”

“Ooooh! Phew! Just a bad dream, thank goodness!” said Tejal as she held her daughter closer to her and wept.
Posted by Pushpz at 9/19/2010 2 comments:

Heart knows not the limitless boundaries
It spreads carelessly over the greener tones;
Its fragrance, extending to the distant homes,
Searches coyly for lovers’ zones. 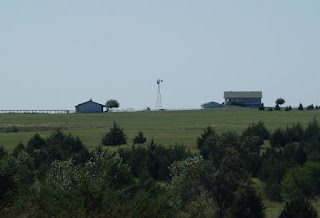 This photograph was taken in rural Nebraska near Lincoln by Jack Huber.
At the group called Wordmeisters, Poets and Writer-Unite on Ryze, they are having regular poetry contest every fortnight which will be on till thanks giving day 2010, whereby they put up a picture and we have to write a quatrain inspired by the picture.

A quatrain is a four-line poem and may or may not rhyme.

Mine was the runner-up entry, but the winner was A Picture Post Card

My winning entry can be found at http://www.jackhuber.com/quatraincity.htm
Posted by Pushpz at 9/16/2010 No comments:

September is 'Be Kind to Writers and Poets' month

You people are nice
and very kind, I must say
forgive me if I don't
come to read your post each day
but whenever I visit and
read this forum's page
I go back with the sweet words
of encouragement each day
lets not confuse kindness
with weakness this way
just an invisible smile
I am sending virtually across this day
See it!
Don't miss it!
Look!
It’s coming your way
Hope you remember me
in your prayers just for today
remember
I am your friend in every topsy-turvy way!!

Most of the forums at Ryze I enjoy to read, specially because they have a personal touch to it and the most favorite for me is at 'Wordmeister, Writer and Poets Unite' and they told me today that September is ‘Be kind to writers and poets month’ and September 12th being the National day of Encouragement, I wrote this to my friends on that forum
Posted by Pushpz at 9/13/2010 No comments:

When she moved into my house she looked quite stupid
The way she walked, her head she always scratched
She would spend her time watching TV all day,
At night she would go club hopping in the big city
I had let her use my vacant cold attic
For which she paid me a handsome rent

She argued with me and left in anger that day
Without paying out her six-month-overdue rent,
Went searching for accommodation in a new city
Unsuccessful, she checked into a hotel, how stupid!
Where mattresses were worn out, furniture all scratched
Soon she realized she was more comfortable in the attic

How does one compare a hotel room to an attic?
These thoughts niggled and troubled her mind all day
When suddenly she found a card and vigorously scratched
Hurrah! Figures that flashed were enough to pay the rent
But the lottery was fake and she felt so stupid
Once again she was homeless in the big strange city

Wasted much time, her budget was scratched
Life was getting difficult, she felt lost in the city
Returned back to my house and paid up the rent
Moved into the same ole vacant cold attic
I heard her make a promise to herself that day
Never would she complain about anything that was so stupid

I am happy with the rent, but her ego is scratched
She feels like a stupid soul lost in the city
Hiding in the attic on this warm summer day