I
go for a read meet,
take a seat, read my piece, wait for a clap or a pat on my back,or just a slap,
but get none.
only a glance, a rude turned up brow, a wrinkle on your nose or a faint smile,
but no sound at all!
Come on guys! You like my read?
Does this remind you of a bee that danced with glee when burned by a hot coal?
Or,
Is this like our big blue boys who are back by air without a goal?
Hey man!
Say,
yes or no?,
or else
I
go back to write some more that pleases your ears and mine.
This piece
If
you want I can fold it and dump it back in to my bag
and then
come back,
next time,
with
one more?
Can I?
Speak up man!
Can't you hear me?
Huh?
Posted by Pushpz at 3/29/2007 No comments:

Play that music for me

Can you hear the birds sing?
They, like me, rejoice
Your fragrance replaces
These gloomy moods
So glad to see you again

To this silence, pay no heed
Pain can rest for a while
Bandaged eyes can hear well
Sing away these blues

From your fingers, let notes escape
Let them walk all over me
Strum the chords of my soul
And hear my heart reply

I am bamboo-ed on to my knees
But my heart dances tonight
Play that music, hum that song
Let silence go to sleep.
Posted by Pushpz at 3/26/2007 3 comments:

Why don’t carpenters use their brains too?

Carpenter who has been carpenter all his life should be an expert! That is what I believed!

My computer cabinet had one glass panel broken and needed a replacement. I met this carpenter, whom I have been seeing since last 25 years, and thought maybe I should ask him to do the needful.

At 11.00am sharp, this carpenter stood, grinning at my door. Wow! This carpenter is punctual! I took him in, to my computer cabinet and showed him the glass door that had come off the hinges. The corner end of the glass had chipped off and fallen off the hinges.
He told me that it was an easy task and it would cost me only Rs200.

Rupees two hundred required for just fixing one panel of glass to the cabinet? Gosh! He is as expensive as the visiting doctor! But do I have a choice? If it needs to be fixed, it has to be fixed! It was important to cover the cabinet with glass to prevent my precious machine from getting dirty

I agreed to dole out Rs200. Expertly he looked at the glass, turned it 180 degrees and decided to use the same glass at the other end to the hinges. He told me that he needs to take the panel to the workshop to smoothen the corner that had chipped off, justifying the ragged end might hurt my hand. Okay! How thoughtful!

At 12 noon, he was back from the workshop, proudly showing me the smoothened end of the corner that had chipped off. He sat down to fit the glass to the hinges. He unscrewed the hinges from the cabinet and tried to figure out how to insert the glass into the hinges.

The hinges that were attached to my cabinet were designed in such a way that they will hold glass in its u-shaped opening and the other end has the plate that can be nailed to the side of the cabinet. He tried to insert the glass inside the u-shaped opening, but the glass was thicker than the gap in the hinge. He decided to broaden the gap by inserting the screw driver into the gap and hammering it. Boom! The hinge split open and broke into two pieces. He looked apologetically. He would have to go to the hard ware store to buy new hinges. This would cost me another Rs150.

Rs150 for a new hinge! Are the hinges so expensive? He reasoned that they were available only in pairs and they were made of brass, very durable. Very durable! He just broke one! I handed him Rs150 and off he went, shopping for hinges.

At 2.00pm, he was back, but with the different type of hinges, these had a plate that can be attached to the top and bottom end at right angles to the cabinet. He had toured many shops but the kind that he had just broken was not available in any shop. Therefore he had opted for this another type. The problem that he found out, when he sat down to work, was that this kind of the hinge was that this type of hinge can be attached only to the bottom end of the cabinet; it could not be attached to the top end, because the top end was the drawer that moved and held the key board. (I would expect an experienced carpenter of 25 years to reason this out before buying this type)

He now decided to use the new type to the bottom end and the old type could be attached to the side of the cabinet at the top end. Since the glass did not fit into the u-shaped opening, he decided to take the glass to the workshop to scrape off the thickness of that end. (Had he thought of this before he would not have broken the hinge, nor bought a new pair of hinges!)

At 3.00pm he was back from the workshop with one end of glass pane scraped to fit into the hinge. Oops! As soon as he inserted the scraped end into the hinge, it broke. The end was scraped too much! I would now need to buy a new glass panel that would cost me another Rs500! (Why must I pay for his clumsiness? I am not allowed to punish the poor? Moral ethics! Indeed!)

At 4.00pm he is back with a new glass, this time half centimeter smaller than the original size.

He tries to fit the hinge on to the cabinet at the top side of the cabinet, exactly the place where it was screwed before. But since the glass is half centimeter smaller, it does not fit!

Unscrews, screws, unscrews, screw Voila! The job is finally done. But there is a small crack on the new glass panel too! Phew!
Posted by Pushpz at 3/23/2007 No comments:

What is a Sin?

We are, but, Almighty’s tools
Through whom He plays His games.

Don’t break a heart or smash a skull
Match smile with a smile.

Let’s live a life in humility
No Ego, Lust or Greed

But still if you can forge a dream
It is not a sin, don’t scream

She shrieked with pain
From his showers of blows
One, two, ONE,TWO
Fash! Boom! Doom!
Then Black out!

Anything to report ma’am?
Said the officer.
Nothing! Sir!
I missed my step.


Why do you treat women
As property of man?
Essential are both for balancing
equal parts of a clan.

Circumstances of cobbler and judge
are clearly different
But equality of a human,
cannot be different

So why punish women for their sex?
Under sun, we share
same bandwidth
and strengths

Demonize, Punish, Humiliate
She who cannot or will not protest
Being oppressed by someone
For being the "weaker sex"


Give us power and our rights today
We don’t grow wings on woman’s day
Not for once in a year, at a time
We need to celebrate everyday of our life
Posted by Pushpz at 3/09/2007 No comments: 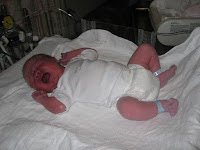 that’s what you are.

You smell of a rose

in wet, smooth skin and

you fill my world and

paint my life with glow

as if you run

with these soft, small toes,

you have kicked my nose,

And then you give me that sweet grin?

I love this smile

let me hold you,

Ow! It hurts!
Press or rub
Balm or oint
Touch and feel
Pain is here
Be gentle,
Don’t laugh or
Gloat at me
Sniff! Sniff!
You don’t know
How much it hurts
No!
You may never know
Coz
It’s me
Not you
who is hurt.
Posted by Pushpz at 3/03/2007 No comments: